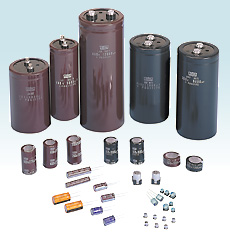 When an aluminium capacitor is produced, it can't be used immediately. It must pass thru a generating process. This process consists in charging the capacitor with a very low current until it reaches its nominal voltage.

During this charging, a certain quantity of aluminium is teared off from the electrods and is deposited on the dielectric in the form of aluminium oxyd. This oxyd is an insulator that protects the dielectric up to a voltage at which it has been formed.

This oxyd layer is maintained and regenerated each time the capacitor is used by a small amount of current, called leakage current. The serious manufacterer are giving a maximum value for this leakage current.

For example, for the capacitors i used in one of my projects, the manufacturer NIPPON CHEMI-CON gives the following formula: I = 0,02CV

Most of the manfacterers are giving a maximal storage time before this layer is destroyed and are recommending a regeneration before use if this duration is exceeded. There are standards treating this problem, the japanese manufacters are following the JIS C 5101-4 standard.

Re-using such an old capacitor will lead to a problem... At power on, the charging current will be very high if not limited, it will increase quickly trying to rebuild the oxyd layer. This high current will heat up the capacitor and create a high pressure inside it. It will leak (some have a security valve) or explode !
I can only confirm this !!

For all these reasons, and before using an old capacitor, it is highly recommanded to test the leakage current and to regenerate the oxyd layer of the capacitor, and that at nominal service volatge.
This is particulary true for high voltage capacitors !

The easiest, safest but also slowest way to do this regeneration, is to apply a  very low current at maximal voltage during a long time which can be as long as 12 to 24 hours ! Doing this, the oxyd layer will be rebuild in safe conditions and uniform manner.

I've used the following simple circuit for capacitors given for 450V. It only needs a few components :

I've used a small 1:1 tranformer for 220V/220V, a voltage doubler and a high power variable resistor. You need to set this resistor for a value close to the nominal service voltage. This circuit can be used for voltages up to 700V.

The 1Mo resistor is limiting the charging current to a very low value, there are absolutely no risks for the capacitors to be loaded. The charging process is very slow and progressive. As the cap is charging, the oxyd layer will rebuild itself and the voltage across the limiting resistor will decrease and the one on the capacitor will increase until both are close.
In my case, after a few hours for a voltage of 450V i measured 440V on the cap. The difference is due to the leaking current and is normal. If the difference is too high, the capacitor should not be used !

Would you have to regenerate several capacitors, you could supply them simultaneously thru several  1Mo resistors. The diagram is represented for 2 capacitors.

To end the process, you can replace the 1Mo resistor with a 33ko and you can measure the leaking current which should be lower than the one given by the manufacturer.

FYI, here is a technical data sheet for some capacitors produced by NIPPON CHEMI-CON

The lifetime of a capacitor is highly reduced if it internaly heats by using a high ripple supply. This reduction can be as high as 50% for each 5% temperature elevation !
You shoud take care of this if you want to keep your capacitors safe !

In the same way, you should take care that no external heat source is heating up your caps. A good natural or forced ventilation should be used.

If several capacitors are mounted in series, resistors of equal values should be placed in parallel on each cap. in order to balance the voltages on them.

CAUTION !! The quantity of energy stored in a capacitor is VERY HIGH and a HV capacitor can stay charged for a VERY LONG time !!
Be VERY CAREFULL and discharge your capacitor before handling them !